News for the TV show Supernatural. 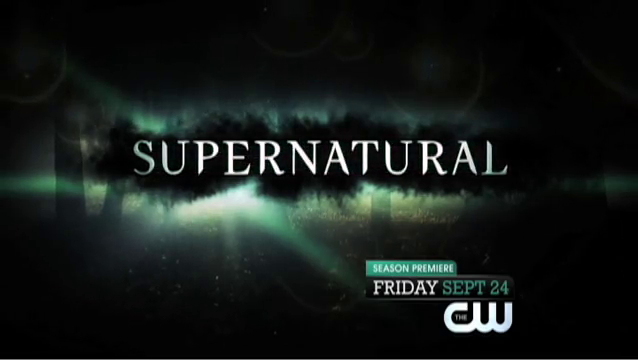 END_OF_DOCUMENT_TOKEN_TO_BE_REPLACED

After last week’s disappointing angel episode, ‘Weekend at Bobby’s’ was back on track with season six’s theme of a different Supernatural. The episode played with expectations. In previous years, the writers usually chose the more direct and non-subtle approach in storytelling.  They would have spoiled Bobby’s plan very early on by not bothering to hide what he was burning when he had his little talk with the female crossroads demon. Fortunately, it’s all about twists and turns this season. I was quite surprised that Bobby would only talk with Crowley’s ghost son since he chose torture to get information previously in the episode. After it was revealed that Crowley was the new boss down stairs, I honestly expected him to be more Mr. Demon Sunshine instead of Mr. I-hate-my-new-job. It’s a nice twist that neither heaven nor hell got their fairy tale happy end after the Winchester pulled the plug on the apocalypse.

END_OF_DOCUMENT_TOKEN_TO_BE_REPLACED

Over the years, Supernatural had many awesome directors, the most influential being Kim Manners who passed away in season 4.  Of course, there were also extraordinary directors like David Nutter, Robert Singer, Phil Sgriccia, Charles Beeson, Steve Boyum and many others. In every season there are also one or two Supernatural newbies who might return the next season to direct again. But the upcoming episode 6.04 is special since it’s the first for director Jensen Ackles. That’s right, you’re gonna see Jensen Ackles twice in the credits this week.

The official describition of 6.04 ‘Weekend’s at Bobby’s':

After Bobby (Jim Beaver) discovers Crowley (Mark Sheppard) has no intentions of returning Bobby’s soul, the hunter takes matters into his own hands. He calls on Sam (Jared Padalecki) and Dean (Jensen Ackles) for help after he unearths one of Crowley’s deepest secrets. Meanwhile, Sam and Dean learn what Bobby does all day when they are not around. Jensen Ackles directed the episode written by Andrew Dabb & Daniel Loflin.

The last two episodes showed a different side of Supernatural, Sam with the Campbells and Dean with Lisa. They didn’t go into this direction before so I was intrigued by it. The addition of a little mystery about the monsters and grandpa Campbell was interesting as well but ‘The Third Man’ simply wasn’t. In season 6, every episode comes with the baggage of the previous seasons. They have to stay true to their core idea but also do something new, otherwise why bother watching the show and not just re-watch the DVDs? I understand that it gets more and more difficult to tell the story without getting repetitive but that’s why some shows stop at a certain time. I hope this episode is not typical for the rest of the season. I love Supernatural when it dares to be crazy, new or controversial, not when they only do more of the same.