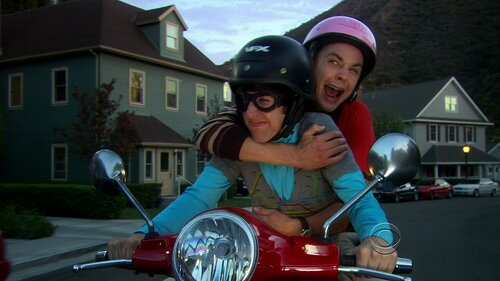 To celebrate this week’s new episode of “The Big Bang Theory,” we thought we’d share with our fellow geeks our top 5 Howard Wolowitz quotes from the first three seasons. Feel free to comment on any quotes you think should have made the list. And you can check out our Top 5 Sheldon quotes as well. END_OF_DOCUMENT_TOKEN_TO_BE_REPLACED

To get everyone excited for this week’s new episode of The Big Bang Theory, we wanted to share with everyone our top 5 Sheldon quotes from the first three seasons. Feel free to comment on any quotes you think should have made the list. Stay tuned for more The Big Bang Theory-related top 5 lists in the near future! END_OF_DOCUMENT_TOKEN_TO_BE_REPLACED

With the 10th season premiere of “Smallville” tonight I thought it would be fun to take a look back at the show and highlight some on my favorite moments. With so many I will try to provide what I believe are the best moments and why. “Super” moments are what I would say are those in the show when Clark exhibits heroic traits there would define him when he is Superman, goes out of his way to do what is right.

#5. Clark rushes into a tornado to save Lana
In Season One finale, “Tempest” a tornado warning is issued throughout Smallville while there is a dance going on that Clark is attending with Chloe. Lana Lang is driving back from dropping off her boyfriend Whitney at the bus depot as he head off to basic training for the Marines. In typical form for any female with the initials L.L. in the Superman world, she pulls over her truck, spots Clark as he rushed to save her and watches the vehicle get pulled into the twister. Knowing what he has to do Clark rushes in after her.

The first season of Smallville was very “freak of the week” where Clark would have to stop a new Kryptonite infected foe who threatened life in Smallville while trying to maintain some normality along with his powers. This moment epitomizes all that Clark had learned in the season, to save the people he loves he is willing to do whatever it takes. END_OF_DOCUMENT_TOKEN_TO_BE_REPLACED

Season 5 of Dexter is closing in, September 26 for those of you in the U.S. Here’s a little re-run of my top five Dexter episodes of all time to get you reminiscing. (SPOILER ALERT! If you haven’t watched all four seasons there are SPOILERS in this article) END_OF_DOCUMENT_TOKEN_TO_BE_REPLACED