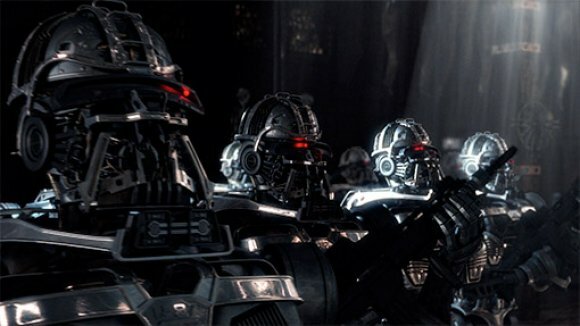 Caprica fans, The second half of Season one is fast approaching. Here is a new promotional image of early Caprica Cylons. I can’t wait to check out those frakkin’ toasters in action!

Looking for a way to catch up on Caprica before its return in October? Here’s a recap video of Caprica’s first season lasting about 5 minutes.

Hot off the heels of announcing their early return, a new promo for SyFy’s Caprica has been released. Personally, I’m a huge Battlestar Galactica fan and for some reason have yet to get into this show. It looked sort of boring at first but from the looks of it now, it seems to be hitting

Blastr (@blastr) under the SyFy blogosphere, tweeted their image of the day which happens to be a picture of the crew from Joss Whedon’s short lived Sci-Fi series Firefly, as the crew from the original Star Trek. Nation Fillion obviously takes Captain Kirk’s likeness, some notable ones include Gina Torres as Uhura and Adam Baldwin