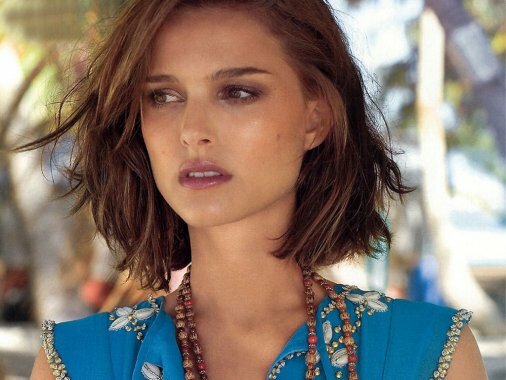 Today I bring you two for the price of one. Rumors? Perhaps, but interesting ones nonetheless. Another name to be added to the list of directors for Superman is Darren Aronofsky of the upcoming “Black Swan” with Natalie Portman who is rumored to be Warner Bros. choice for Lois Lane. It’s reported that the negotiations for Aronofsky are in the early stages. This isn’t the first film the indie director has been reportedly attached to, earlier this year he was considered to direct the Wolverine sequel. Natalie Portman was previously considered for the part of Lois for “Superman Returns” so with Aronosfsky, she might come along. Both are interesting though I like the idea of Portman more than Aronofsky. Thoughts?

about 22 hours ago - No comments

Zack Snyder has been chosen to helm the next Superman film that is being produced by Christopher Nolan with a script written by David Goyer and Jonathon Nolan. It was not long ago when a list came out with potential candidates, Snyder being one of them. Snyder was considered for Superman Returns but turned it

With the 10th season premiere of “Smallville” tonight I thought it would be fun to take a look back at the show and highlight some on my favorite moments. With so many I will try to provide what I believe are the best moments and why. “Super” moments are what I would say are those

The final season of Smallville is approaching and the CW has released this great promo that spans memorable moments from all 9 previous seasons and sets us up for the 10th. The final season premieres September 24 on the CW.

Aquaman, played by Alan Ritchson, will be making an appearance in the upcoming 10th season of Smallville. He will be in the ninth episode of the season which will air in November, but there is currently no title for the episode. This is exciting news since the last time we saw Arthur Curry, also known

about 4 weeks ago - No comments

Natalie Portman has been offered the lead role in Alfonso Cuaron’s next film project, Gravity. She will play an astronaut, along with Robert Downey Jr., who is a survivor of a space station destroyed by satellite debris and killing all other crew members. In the film, the two survivors must take an epic journey to

A new trailer has debuted for the 10th season of Smallville. With recaps highlighting key moments in the show,this season Clark will finish his journey to become Superman as he comes up against his most powerful foe, Darkseid. Executive Producers Brian Peterson and Kelly Sounders give some hints as to what is coming, particularly Kelly

The trailer for the upcoming documentary, Secret Origin: The Story of DC Comics has been released. The documentary comes out on November 9 to DVD and digital download. The content is put together from clips of various sources and interviews with some of DC Comics’ most famous writers and artists. The film gives us a

A new documentary titled Secret Origin: The Story of DC Comics covers the 75 year history of the company that brought you Batman and Superman will be released on November 9th. Ryan Reynolds, who will be playing Green Lantern next year, narrates the documentary. The DVD covers the beginning of DC comics, which was called

about 2 months ago - 2 comments

Thor – Five Minute Trailer from Comic-Con Dying to see footage of the upcoming Thor movie? Well look no more, here is the lengthy Thor trailer released at Comic-Con. It doesn’t really scream action movie except at the end, but people have been saying that this Marvel chapter of the assembly of the Avengers will