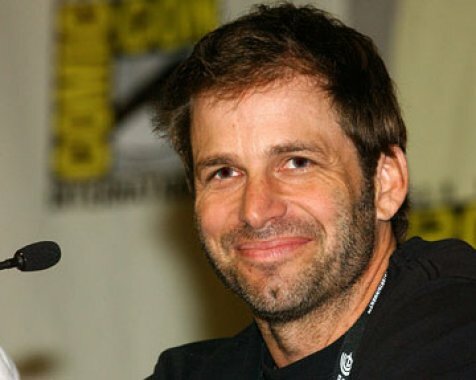 Zack Snyder has been chosen to helm the next Superman film that is being produced by Christopher Nolan with a script written by David Goyer and Jonathon Nolan. It was not long ago when a list came out with potential candidates, Snyder being one of them. Snyder was considered for Superman Returns but turned it down because he didn’t want the job.

“They asked me to direct a Superman movie, and I said no, he’s a tricky one nowadays, isn’t he? He’s the king daddy of all comic-book heroes, but I’m just not sure how you sell that kind of earnestness to a sophisticated audience anymore.”

With the announcement came a statement from Zack Snyder:

“I’ve been a big fan of the character for a long time, he’s definitely the king of all superheroes, he’s the one. It’s early yet, but I can tell you that what David [Goyer] and Chris [Nolan] have done with the story so far definitely has given me a great insight into a way to make him feel modern. I’ve always felt he was kind of awesome. I’ll finish ‘Sucker Punch’ and get right at it.”

Along with that update, it’s been confirmed that General Zod will be the main villain. Zod was played by Terence Stamp in “Superman” and “Superman II” and recently on “Smallville” by Callum Blue.

Exciting news because we all have seen what Zack Snyder can bring to the screen and it seems that the story being put together for this will help people relate to Superman once again. I can only hope that it’s not dark like the common trend, also that they have kept the essence of the Superman intact. The fact that Zod is the villain alone will bring an epic level of fisticuffs.